Tarlac House and Lot: Make Your Move to A Rapidly Prospering Region

A lot has been said about Central Luzon as the Rice Bowl of the Philippines, where massive agricultural plantations abound and have largely contributed to the economy of the region, alongside its existing logistics, transport, manufacturing, and tourism sectors.

Yet greater changes are afoot in Central Luzon, most recently with the rapid infrastructural developments as the region is envisioned to be an alternative to the densely populated Metro Manila. As such, living in this part of the country may prove to be a worthwhile investment for you and your loved ones because Central Luzon is certainly primed to attract more jobs and businesses, and in turn, raise its already impressive quality of life.

Still, this also begs the question: which part of Central Luzon should you then settle in to make the most out of what you’ve invested? For us here at Aspire by Filinvest, it’s certainly in Tarlac, a perfect combination of refreshingly green surroundings, rich history, and an optimistic business landscape professionals and entrepreneurs can thrive in. Take a look at why a house and lot in Tarlac could be your most worthwhile property investment yet.

From A Forest Hinterland to An Emerging Growth Center

Once the remaining hinterland among the central plains of Luzon, Tarlac has gradually transformed itself into a formidable growth center in terms of agriculture, industry, and property development.

During the Spanish colonial period, Tarlac was established, with its name derived and Hispanicized from the plant matatarlak, a type of wild perennial grass. From thereon, settlers from neighboring provinces would head to Tarlac to work in its many plantations, some of which still survive today as historical properties.

Today, the province remains a key agricultural and industrial center, growing even further thanks to its proximity to Clark Freeport Zone, with progress evidently spilling over through the presence of more businesses in the province, particularly retail and manufacturing.

One highlight in Tarlac’s contemporary history is its hosting of the 2019 Southeast Asian Games, wherein the towns of Bamban and Capas held its Opening and Closing Ceremonies, alongside the aquatics and athletics events. It even housed competitors from all over Southeast Asia in the Athletes’ Village.

This is only a part of the government’s overall vision for these Tarlac towns, which form parts of New Clark City, comprising long-term developments such as the New Clark City Sports Hub (to train Philippine national athletes for international events), and the National Government Administrative Center (a mixed-use complex that will house various government agencies and public housing units).

Living in Tarlac: Where to Live, Work, Study, Shop

With a transformation as promising as Tarlac’s, many establishments have sprouted up in the province, giving it an improved quality of life perfect for professionals to raise their families.

For example, you could get everything you need in the province’s ever-expanding list of malls which play host to major clothing, supermarket, hardware, and banking establishments to suit your modern lifestyle.

Meanwhile, if you want to bring out your inner foodie, you can also enjoy Tarlac’s rich variety of restaurants, such as Kape Agape, where delicious dishes are complemented by inspiring art and photography classes; Betty’s Native Cakes, where you can get uniquely Tarlaqueño desserts such as tibok-tibok (white pudding with carabao milk). 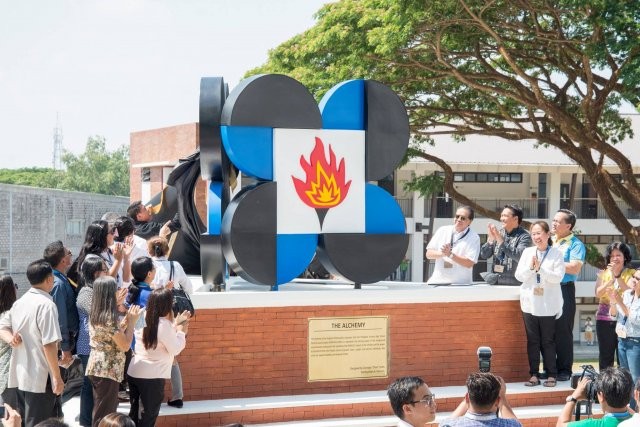 If you’re all set to bring up your little ones here in Tarlac, the province also has several esteemed institutions, including Don Bosco Tarlac and Tarlac State University. The nearby Pampanga is home to internationally renowned schools like the St. Paul American School - Clark, Singapore School Clark, and the Philippine Science High School Central Luzon Campus. Angeles City, which is also just a drive away, also has the University of the Philippines Diliman Extension campus, allowing more students to take up its excellent business administration and psychology programs.

Furthermore, when you’re living in Tarlac, you’ll also be a drive away from Clark’s numerous job opportunities, as multinationals such as Samsung, FedEx, Texas Instruments, Yokohama, and UPS call the metropolis home. Major medical institutions would also be within reach, particularly The Medical City, which also has a satellite hospital in the Clark Freeport Zone. 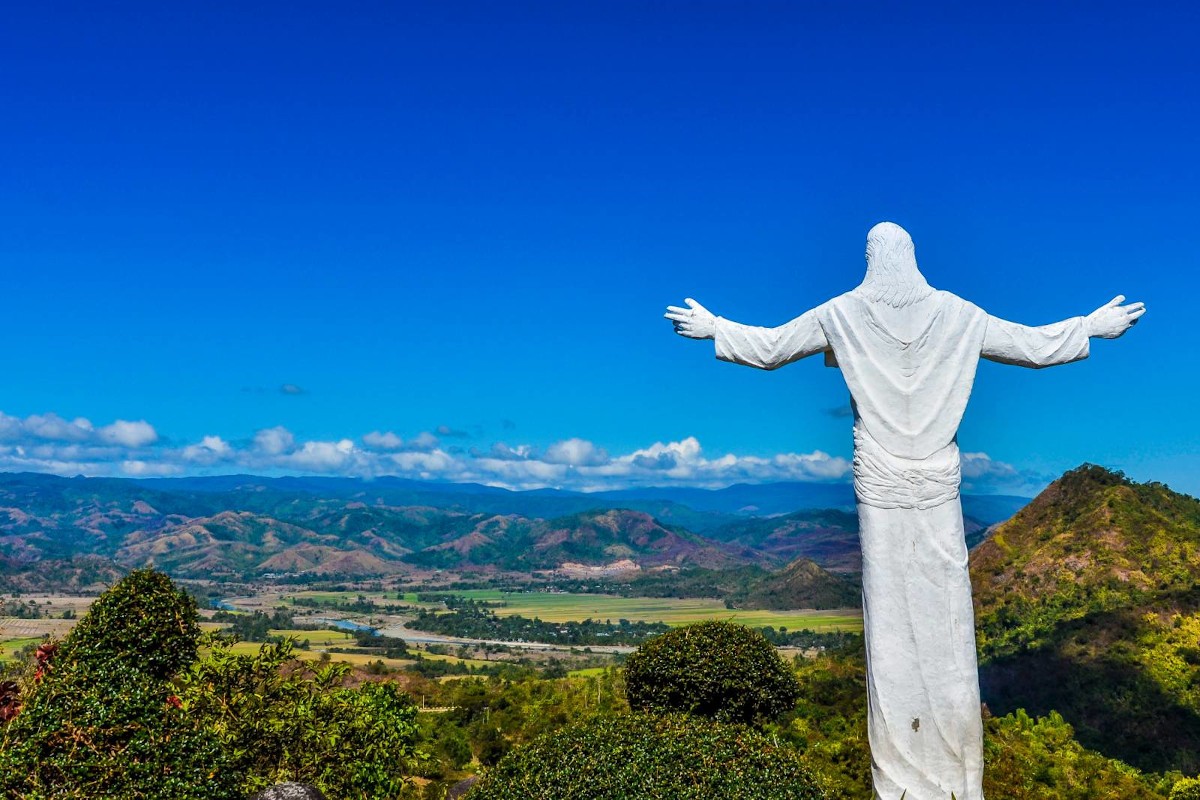 View from the Monasterio de Tarlac

Best of all, living in Tarlac is also balanced out by its pristine surroundings, such as the mountains of Telakawa, Bueno, Mor-Asia, and Canouman, and even a portion of Mt. Pinatubo nestled in Bamban and Capas. Apart from its growing list of excellent commercial establishments, schools, and healthcare facilities, for the more adventurous kind, there’s certainly a treasure trove of mountaineering hotspots here in Tarlac.

Another major contributor to Tarlac’s increased prosperity is its excellent road and air links. MacArthur Highway, for example, passes through the capital Tarlac City, connecting it with the provinces of Northern Luzon to Caloocan in Metro Manila. If you’re looking for shorter travel times, however, you’ll be glad to know that the province is also linked to the Subic–Clark–Tarlac Expressway (SCTEx), Tarlac–Pangasinan–La Union Expressway (TPLEx), and Central Luzon Link Expressway (CLLEx), making it much easier for you to access areas such as the Cagayan Valley, Aurora, Nueva Ecija, Pangasinan, La Union, and Baguio City.

For long-haul travel, you’ll also be served by the nearby Clark International Airport, which has flights taking passengers to other major Asian and Middle Eastern cities like Seoul, Dubai, Doha, and Singapore. Rail is also seen to become a major part of Clark’s transport system as the PNR North-South Commuter Railway will directly connect New Clark City to parts of Metro Manila and even as far away as Calamba, Laguna. With such incredible connections, going in and out of Tarlac would be simpler for your much-needed leisure and business travels.

With a bright future set in stone for Tarlac, it’s vital for future homeowners to make the most out of their investment by finding a nurturing community in the province. Here are five things you should look out for when searching for your very own house and lot in Tarlac.

Tarlac is a place that could fit your emerging home and family goals, yet you can never be too cautious when it comes to picking the right home for your loved ones! Ideally, choose one located in a community with 24/7 security to give you that peace of mind even when you’re fast asleep.

As mentioned before, Tarlac is excellently connected to other cities via its many transport links. To take advantage of this further, choose a community that’s along a major road such as MacArthur Highway, allowing you to make that drive to Clark and Baguio more easily. This will also put you within reach of Tarlac’s major commercial and educational hubs.

If you’d like to truly elevate your lifestyle when moving to Tarlac, choose a community that’s built for you and your loved ones’ modern needs. From abundant wellness amenities, such as pools and parks, to a low-density environs for everyone’s comfort, there are communities in Tarlac that can fit the bill – just like Somerset Lane. 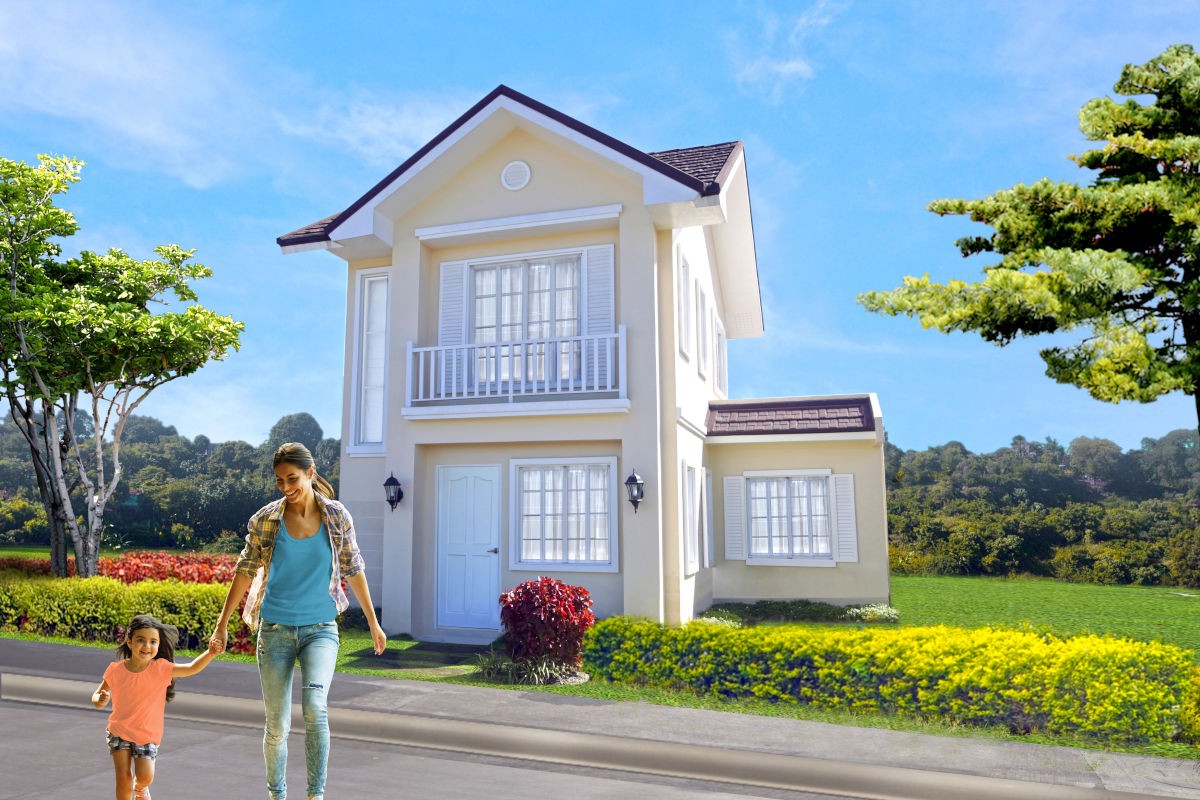 Live Your Dream with Aspire by Filinvest

With a strong presence in Luzon, Visayas, and Mindanao, Aspire by Filinvest lets you live your dream lifestyle through its diverse range of green and healthy communities. As part of Filinvest, we carry the expertise of a trusted brand that has been helping Filipinos achieve their dream homes for generations. Interested in getting your own Aspire by Filinvest house and lot in Tarlac? Inquire with us today!

Aspire by Filinvest lets you live your dream life with all the space and greens you need – whether you’re in the heart of the city or thriving in the suburbs. Greening the way forward, Filinvest continues to build the Filipino dream with sustainable, future-forward principles that ensure healthy and quality living in the new normal and beyond. Click here to explore our horizontal communities nationwide.

Filinvest.com uses cookies to ensure that you get the best user experience. By continuing to browse our site, you are agreeing to our use of cookies. For further info, please read our Privacy Policy.